Ok Folks, finally we are on the countdown to my favorite time of the year. Now we’re talking! Has your Christmas list been delivered to Santa, yet? If not, don’t worry! Below, you will find some of Santa’s recommendations. I definitely know what I want for Christmas! I have decided to share with you my great Christmas gift ideas.

Make sure that you put a plate of cookies and a glass of milk out for Santa and follow me!

You already know that it is going to be a fabulous mix of comic books and action figures, don’t you?

Back in the early eighties, I used to love that TV series, starring Lynda Carter as Wonder Woman! It is funny, because a movie titled ‘Wonder Woman 1984’ will come out in 2020, featuring actress Gal Gadot.

Take a look at this cutie! This is the Wonder Woman Lynda Carter action figure I am going to ask Santa Claus to put under the Christmas tree. 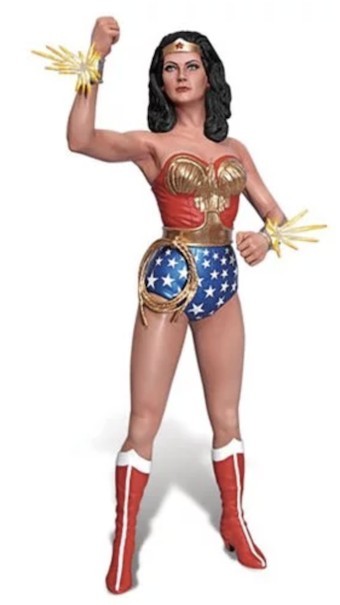 I love Deadpool! I just love him! Of course, Ryan Reynold’s performance as Marvel Legends Deapool helps tremendously! He is so funny and being an adept of self-mockery, I can only fall for him!

The Deadpool action figure I want is the one where you can put him on a scooter, with his dog. I wonder if the same story happened to that old furry chap, but anyway. That’s what I want!

Before getting myself a cute Baby Yoda, I want the Star Wars The Mandalorian action figure! Do you understand? I want it! I could put it on my shelves, next to my old Darth Vader action figure. Classy, no? Oh come on, can’t I regress a bit to my childhood?

Future and pharmaceuticals. Isn’t it trendy? Well, you got it all there! This Venom comic book will take you there! If you want to start lobbying for Big Pharma, perhaps you could start with Alchemax and let me know how that works for you?

In the meantime, Venom is here to help you spend a wicked Christmas! 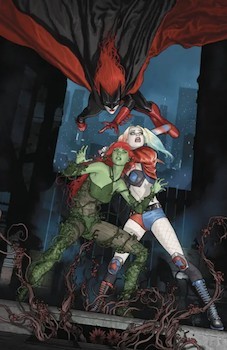 Folks, it is no secret that you already know what I think of Harley Quinn and Poison Ivy. This comic book will warm you hearts during the dark, cold, snowy Christmas evenings.

How to better honor the band Kiss by being offered these Kiss action figures? 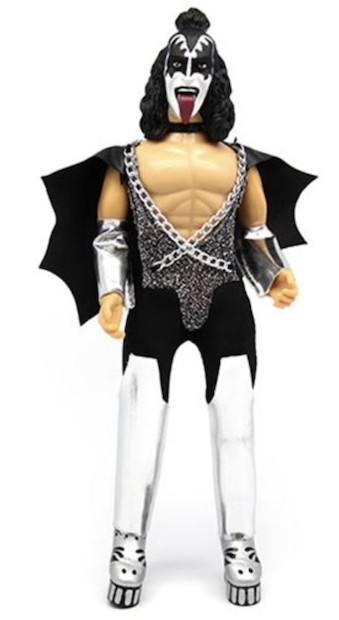 I watched Jaws a few months ago, thanks to Netflix. I had never seen it, as I was afraid it was gory. Well, it is not. But when you think of it, isn’t it strange that some of us are now drawn to collect figurines showing dramatic scenes? Food for thoughts. 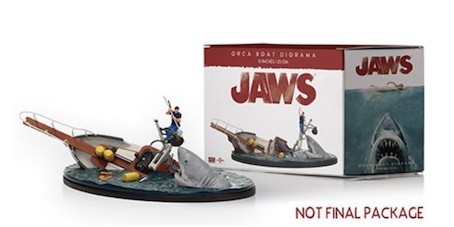 The Science Behind Superheroes

I already talked about that, but this book will be a perfect way to be kept up-to-date with the science behind superheroes. 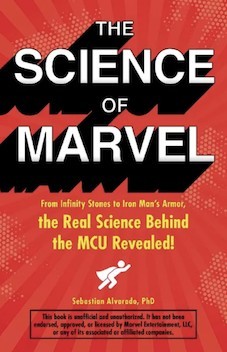 Did I Mention Jaws, Already?

So look at this one. I mean, c’mon, isn’t this figurine brilliant? Hilarious, even, in a way. Yeah, I became quite obsessed with Jaws, and I am definitely in love with the figurines inspired by the movie.

As a child, in the early eighties, I watched episodes 4, 5 and 6 of Star Wars. I consider the three of them cult movies. I did not like episodes 1, 2 and 3. My heart always melted for Han Solo, the impersonation of Mr. Cool, if you ask me.

And of course, though I thought Luke Skywalker was a bit of an idiot, I loved his Falcon. So, there it is! The perfect mix! 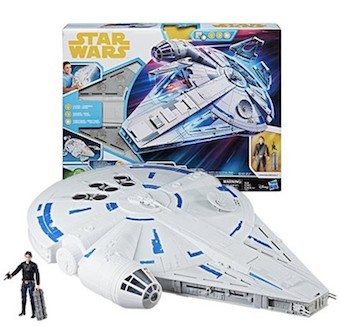 DC Bombshells Katana Action Figure is another figurine I have to put on my Christmas wishlist. Because you see, Santa is coming and he will ask for justifications. He read my blog and if he saw that I wrote about Poison Ivy, Black Canary, Harley Quinn, and Katana, but that I seem to forget about the latter, I think he will climb the chimney back right up!

So, dear Santa, can you please drop by my house and fill my Christmas stockings with a Katana action figure? Thank you very much!

I also need a Catwoman figurine, if you ask me. Why? Well, why not? Catwoman, for me, will always be Michelle Pfeiffer. And in my opinion, this Catwoman figurine is very close to Michelle. See for yourself.

Dear Reader, by now, you must know how much I love good old Spidey! Well, I am sure Santa knows I need to pay him a tribute, so let’s do this!

I always dreamt of turning into a green monster to scare my fellow co-workers. I think green is the new black, don’t you? I feel so close to Hulk, the poor doctor who has issues managing his nerves, until he can’t hide his anger anymore. He is so human!

The Year of The Joker

I talked to you so many times about the Joker, what can I say? Can I seriously go through Christmas without an action figure representing his unforgettable smile? Honestly, I can’t!

Who you gonna call?

Who you gonna call? Ghostbusters! Sigourney Weaver and Bill Murray were the romantic couple of my teenagehood! it is thus only logical that I get a ride in the Ectomobile, aka the ECTO-1.

So, Folks, you now only have twenty-one days left to get those letters posted to Santa. Alternatively, you can let Santa know about your Christmas list by commenting in the ‘Comments’ section below.

I know for a fact that he makes regular stops to this blog to see who truly deserves to get their stockings stuffed with action figures, comic books and movies to give you the ultimate Christmas.

21 thoughts on “What I Want For Christmas: Santa is Coming!”